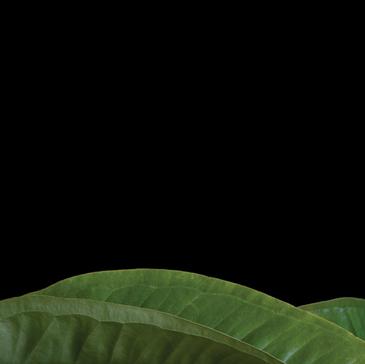 “I consider the ideas and boundaries between disciplines to be more fluid than not.”
Eileen Neff

Photographer Eileen Neff’s background in painting and poetry are quite obvious in her latest work, “Traveling into View,” which was recently exhibited at the Bridgette Mayer Gallery.

Eileen, a Spring 1991 LNAF artist in residence, created the pieces for her much-praised show during an artists residency in Costa Rica. She generously made time to answer LNAF’s questions about her new work, art education, and her favorite memories of La Napoule.

The title of the show, “Traveling into View,” what does it mean to you?

This work was based on a residency in Costa Rica in January, 2014. I knew about the trip many months in advance and actively anticipated being in an unfamiliar, tropical part of the world, mentally placing myself there with extensive online research and Costa Rican birding guides.

After the residency, I thought more deeply about how I might find the visual equivalents for such a complex and vivid idea of nature that I experienced. What can one “see” in three short weeks; what can a traveler’s view “picture” beyond the images already laid out before one in advance of ever leaving home? I found that engaging a range of responses, from the apparently matter of fact to the most abstract and hard to identify, was the most satisfying way of responding to my adventure.

I like the ambiguity of the title…was I traveling in order to view, until I could see, as if what I was about to see had not been seen before? One of the works, “Pre-Viewing,” a constructed image of an empty postcard rack casting a shadow on a typical Costa Rican landscape, began to address some of those questions for me.
The Philadelphia Inquirer called “Traveling Into View,” “a body of work that easily qualifies as [Neff’s] most romantic to date.” The show includes photos of animals, water, nature, and man-made materials, among others. How were such images “romantic”?

Well, for the best answer you’d have to ask the Inquirer’s writer.
I’ve never called this work romantic, but I could think of ways that It might be seen that way. While some of the work feels very straight forward in identifying the kinds of things one can see in such a place, another group of works were mostly imaginary constructions, based on the recognition that there were certain things I hadn’t seen, but wanted to picture, anyway. One was an idea of the night that I had very little exposure to, and another was the storied waterfall, that required too much of a physical hike for me to see. So I created a fictional night, turned layered leaves into a mountain-scape before a black sky, for instance, engaging in some imaginative play that relates to a Romantic tradition; for the never-seen waterfall, I fashioned my image after one taken by the owners of the residency and used on their website — another act of fancy.

Where do you find inspiration?

I’ve always been drawn to the idea of the landscape, though interior spaces, and the studio space in particular, also inspire the ways I use photography and think about image making. At the same time, I’m interested in questions of context, the relationship of images, and how their presentation contributes to their meaning.
You hold an MFA in painting and have taught at several art schools; what role has art education played in your career? Do you remember when you were first exposed to art?

I’ve been teaching art ever since I was an art student myself, with my first experience in the wonderfully creative environment of a no-longer-existing private, alternative school in Philadelphia, The Miquon Upper School. My art college/university teaching began in 1981, and it continues to be a great source of inspiration and education for me. Because of it I’m always learning, and I’ve been lucky to share my enthusiasm for art making with so many unforgettable students, many of whom I’m still in touch with today.

Do you have a favorite memory from your residency at La Napoule?

I remember the view over the Mediterranean from my bedroom window, and photographing the moon from that window; I remember the young, French artist Arnold Goron bringing a giant snowball to my room during one unlikely snowstorm; I remember taking a drive and seeing Cézanne’s Mont Ste. Victoire for the first time, and writing in my notebook how it stood alone in the landscape, like an idea.