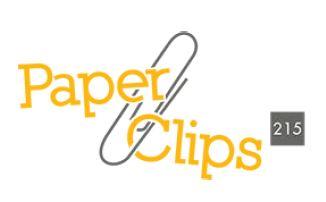 Bridgette Mayer’s newest solo show of Ryan McGinness works entitled Finding Infinity is fun, vibrant, and refreshing. A world class artist has decided to sell his wok in Philadelphia, and the community could not be happier.

McGinness has quite the international reputation, with his work featured in such prestigious collections as the Museum of Modern Art’s and the Metropolitan Museum of Art’s. However, he is not a stranger to Pennsylvania. He interned in the curatorial department of the Andy Warhol Museum while in school at Carnegie Mellon. His choice to work there seems to be one that would influence his work for decades. His abstract work is reminiscent of logos. They are maximalist pieces with a distinct Warholian influence. McGinness’ most iconic works could be his own brand. They are instantly recognizable as his, with bright shapes piled on top one another and resting on a solid background.

These iconic McGinness works are among the first that one sees upon entering the gallery. It comforts and assures that expectations are met early on, setting Mayer up to curatorially exceed them as guests wander further into the gallery.

On the opposing wall is a series of works on paper. Still clearly works by McGinness and in his signature style, these consist of a multitude of abstracted forms. These exquisite paper works play with something his canvases don’t: negative space. McGinness is just as skilled at packing a composition with beautiful forms as he is at releasing those forms, and thereby allowing his creations to breathe.

As guests walk further back, they are greeted with smaller circular canvases. These contain McGinness’ trademark solid background, but atop he has layered almost spirographic curves. These lines are delicately weighted in a manner reminiscent of calligraphy. As one walks on, these canvasses become larger and larger, until finally the viewer finds himself standing in awe in front of Untiled (Black Hole, Black on Black 72.1). Black acrylic atop more black acrylic, this canvas sucks the viewer into its vacuum of tendrils and curves. Subtle grays and sheen provide just enough distinction that the curves don’t become lost in the monocratic work. Layers of black paint sit atop the canvas, writing to be decoded.

Finding Infinity is on display at Bridgette Mayer Gallery through November 16, located at 709 Walnut St.