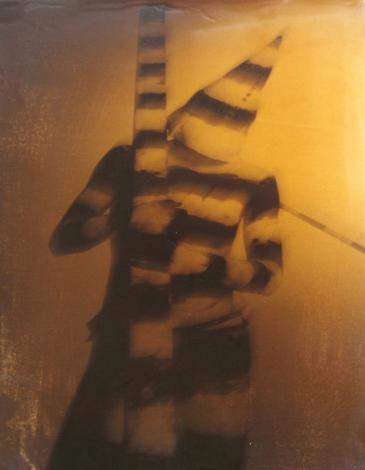 Neurotica invites investigations into the subconscious, collective memory, behavior, and mores. The MAJ describes the theme: “Neurotica (nu-rŏ-tĭ’-ka) - noun: The content, processes or imagery of an artist’s work that wells from her/his personal psychological processes including, but not limited to: obsessions, appetites, desires, libido, anxieties, taboos, sexuality, quirks, psychic anomalies, neurological idiosyncrasies and intentional markers of individual personality.” As progeny of psychoanalysis, markers of neurotica are found in the imagery, sound/music, performance, process and ideas that inform and are informed by our multifaceted cultures and interior worlds.

Whether working associatively or steering the improvisation, how the artists in Neurotica make their marks can reveal as much as what make those marks about. The sensuous surfaces of Braunig’s paintings offer an internal ‘scape of persona deconstructed down to its sinewy synapses of the most infrared of gray matters. That sense of interiority – as access to the symbolic and visceral – is also found in a different manner in the feverish graphite scribing of Droge’s drawings. The course is set yet undetermined. MacDonald’s saved humble objects are refashioned into landscape installations that speak of the ways we collect things, stories, people as extensions of our own character. The gesture of stitching lines and folds across an expanse of white or black cotton reveals the movement as a meditation, creating a logic of eternal horizon lines in D’Italia’s work.

Exposure and vulnerability populate Robert Barnes’ painting of a self-conscious model and Oberst’s photograph figure is targeted beneath its/his incriminating stripes preserved in a waxy amber. Weinberg’s lens peeps through a keyhole. Becker’s photo-phantasm levitates in a cyber-cerebral space.

Many of the Neurotica artists exhibit on national and international levels while maintaining strong footholds in Maine. Exhibition catalogues will be available for purchase.

About the curators: Jeffrey Ackerman has formerly directed a gallery in New York City and Veronica Cross has developed independent curatorial projects in Maine, New York, and Wales, UK.

The Union of Maine Visual Artists is a nonprofit organization created for artists by artists and the MAJ is the quarterly publication of the UMVA. The UMVA advocates for its members and provides a structure for artists to create projects, produce exhibitions, initiate affiliations and chapter groups throughout the state. CTN, a nonprofit organization that provides public access and community television programming for Portland, has generously provided space for UMVA exhibitions and projects.