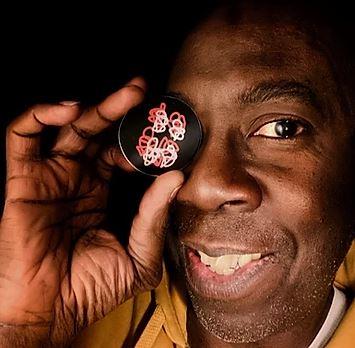 A Couple Of Things with Tim McFarlane

When I first moved to Philadelphia in the autumn of 2004 I knew about three or four people who lived here. I was not adjusting well to be honest, and that was for a list to long to go over here. One of those reasons was being so new and not knowing where to start when it came to arts, culture, and food. One night, one of my regulars at the cafe I was working in invited me to come to an event they were promoting. Little did I know it would change my time in Philadelphia forever. Once there I met some pretty awesome people who shared a lot of the same interests as me. Add in that they were around my age, and not really associated at all with the social circles I was in and it was such a relief.

One of those fine folks was the Philadelphia Painter Tim McFarlane. Flash forward sixteen years and we are both still herein Philly, and we are both still creating. Over the years it has been such a joy watching Tim grow as an artist and really come into his own. For me, he has really hit his stride and is making some of my favorite art currently. When I decided to start these interviews based on all the amazing creative people I have come across in this life, there was never a question I wanted Tim to be my first interview. So with out any further ado, I give you A couple Of Things with Tim McFarlane:


How old were you when you knew you were a creative person? Was it always a part of you or did it evolve over time?
My first moment of making something that I felt was “mine” creatively, was when I made a cardboard figure out of one of my momʼs shoeboxes. I was probably 6 or 7. I also drew (or, more accurately, tried to draw comic book characters. I didn’t consciously know I wanted to pursue a creative life until high school. Once I was in upper level art class, there was no turning back.

How has being a painter affected the way you see the world?
I think being a painter opened my eyes to whatʼs possible in art and in life. Having creativity centered in your life causes you to look at things very differently than someone who doesn't. Your life choices are going to lead you to places, metaphorically, spiritually and physically that many people donʼt consider. Making art is mostly problem- solving; figuring out how one color placed next to another changes an area, how working with certain materials will affect the outcome of what youʼre trying to achieve, how where a piece is displayed affects who sees it and how that changes the context and meaning of the work, etc...Being a painter has led me to think more about possibilities rather than limitations. In fact, my studio manta has consistently been, “What if/Why not?”: What if I do this and why not? Starting with an attitude of possibility really gets me going, even if what Iʼm thinking of doing doesn't pan out, thereʼs always something to learn from the experience.It has changed how I perceive working in other mediums like photography. I pay a lot of attention to random things that I pass by in the street much more than I think I would if I weren't a visual artist. The photos that I capture reflect this curiosity and informs my painting to a large degree and vice versa.

What do you want people to take away from your work?
Once you put your work out in the world, itʼs impossible to say what people will get out of it. Whatever intentions I may have had with the work donʼt really matter that much. However, I do hope that people come away from my work with a reaction, whether positive, negative or somewhere in between. That something about it affected them in some way is what I hope for, because then, I will have done my job as a painter.

Whatʼs one thing about the art world do you wish you knew earlier in your career?
Itʼs a complicated, multi-layered issue, but one thing that I've learned over time is that while art itself will be revered and celebrated, the artists themselves are often not. Thereʼs a big gap in our society between the adulation given to works of art and the conditions under which artists are expected to make the work. Thereʼs little to no value
placed on making a creative life sustainable in order for artists to continue making work. Thereʼs a carelessness in the way some galleries will take advantage of artists by not paying them and stealing work. There are good galleries, consultants and art advisors out there. I've been fortunate to work with some great galleries, like my long-time Philadelphia-area gallery, the Bridgette Mayer Gallery and others I've worked with over the years. But the bad ones can make it rough for artists to trust anyone.Thereʼs also an unwillingness on the part of people with means in real estate to extend even *slightly* lower rents to artists for studio space or live/work space. Itʼs also telling that so many people who claim to support artists will consistently ask for free work without considering the the irony of not daring to ask a lawyer, doctor or other professional for the same. The costs can be great but good things like resourcefulness, resilience, and an eye for the long term development of an artistic vision are key things that can come out of all of this.

What's next for you?
So far this year, Iʼm making new paintings, working on a collaboration with a printmaker here in Philly and a couple of upcoming group shows in the fall of 2020. Also, Iʼm going to be making a large scale piece in the biggest version of the Tiny Room For Elephants Art & Music Festival, yet. TRFE is taking over the Delaware River Waterfront for the month of May. Stay up to date on that on IG: @tinyroomforelephants