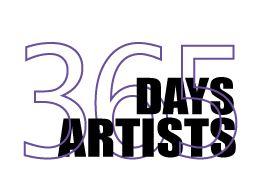 Briefly describe the work you do.

In brief, I make multi-layered paintings and works on paper with acrylic paint whose themes revolve around memory, as influenced by time, place and personal experience. I make my works with a combination of mark-making that includes drawing, image transfers, stenciling and direct painting.

Tell us about your background and how that has had an influence on your work and on you as an artist.

I’m a life-long resident of Philadelphia and an only child. As a kid, I spent a lot of time entertaining myself by drawing and making “sculptures” out of pieces of broken toys that I found. I began my formal training in art as a junior in high school and never wavered from it since. Having lived in the same city over a lifetime and witnessed how it has changed over time has heavily influenced the work that I’ve done, especially lately. Memory tied to place has a strong affect on who we think we are and when you see so much change over time, you begin to have to fill in the blanks where old buildings, neighbors, and businesses used to be. In my work, I’m engaging those issues through works that use layering, drawing and obstruction as metaphors for what I have been experiencing here.

The concept of the artist studio has a broad range of meanings in contemporary practice. Artists may spend much of their time in the actual studio, or they may spend very little time in it. Tell us about your individual studio practice and how it differs from or is the same as traditional notions of “being in the studio.”

My studio practice, as it pertains to making work, doesn’t deviate much from the traditional notion of “being in the studio”. I need a physical workspace dedicated to making my paintings and I tend to spend a good amount of time per week in there.

What roles do you find yourself playing that you may not have envisioned yourself in when you first started making art?

The biggest role that I’ve found myself playing that I didn’t envision early on is how much of a business person I’ve had to become. Early on, I knew that I’d have to do some promotion of my work, but along the way, I’ve had to learn a lot more than I knew I would years ago, i.e., taxes, budgeting for supplies, writing for grants, revising my artist statements, updating my website, maintaining and updating my social media presence and more.

When do you find is the best time to make art? Do you set aside a specific time everyday or do you have to work whenever time allows?

I have a day job, so my studio time revolves around that. I’ll work for a couple of hours before work early in the week and use my days off later in the week. I can work at almost any time of the day, but my personal favorite is at night. There’s something about working late into the night (or early morning) because there are so few distractions from the outside world.

How has your work changed in the past five years? How is it the same?

The biggest change that I’ve made with my work over the past five years has been a move from working mainly with color to making monochromatic pieces with black, white, and silver paint. I’ve also changed some of my mark-making to include stenciling and image transfers in addition to traditional painting techniques.

How have people such as family, friends, writers, philosophers, other artists or even pop icons had an impact on the work you do?

The influences for my work come from the visual arts as disciplines like music, filmmaking, writing, architecture, style/fashion and design. People that have had an influence on my work include old master painters like Michelangelo and Caravaggio, through to Cezanne and later, Abstract Expressionists on through contemporaries of mine. I find myself drawn to work in any discipline where people are willing to take risks with their work and still keep at it, whether they have commercial success or not.

Have you ever been pulled in the direction of a pursuit other than being an artist? What are your other interests?

There was a time early on, in my 20s, where I thought that I might go into business or economics, and make my art on the side but I quickly found that I wasn’t as interested in those pursuits as I was art, so I stayed with the art. Besides art, my other big interest is photography. When I’m not thinking about what I’m doing in the studio, I make digital works that make use of photos that I take that are distorted and very multilayered.

tim mcfarlane headshotTim McFarlane is a life-long resident of Philadelphia and has been painting for over 30 years. In 1994, McFarlane graduated from Temple University/Tyler School of Art and exhibited in various group exhibitions around the Philadelphia region before gaining representation with the Bridgette Mayer Gallery in 2002, where he has had several solo exhibitions.

Tim McFarlane’s work has also been exhibited extensively in the U.S. and at art fairs across the country. He has been a visiting artist at several universities, sat on several artist panels and has been a juror for exhibitions and grants. McFarlane maintains a studio in Philadelphia and is represented by the Bridgette Mayer Gallery (Philadelphia, PA) and Gray Contemporary (Houston, TX).