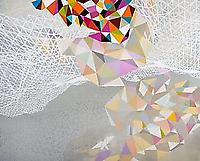 Bridgette Mayer Gallery is pleased to announce Rebecca Rutstein's solo exhibition "Zero Gravity" at Sylvia White Gallery in Ventura, CA. The exhibition will run September 14 - October 15, 2011. In this latest body of work, Rutstein shifts her perspective from the deep ocean to deep space, in an exploration of imagined topographies and physical environments, which convey the undercurrents and forces that continually shape and reshape our world.

Bridgette Mayer Gallery recently completed a large-scale, commissioned mural project in the Alter Hall MBA Commons at Temple University's Fox School of Business. Dean Moshe Porat wished to fill the empty walls in this large gathering space with depictions of landmarks in cities and regions where the Fox School has a satellite business program or vested cultural interest.

The Painting Center is pleased to present Shifting Speeds, an exhibition of recent paintings by Arden Bendler Browning, Rebecca Rutstein, and Charles Burwell, highly regarded artists who prompt us to reflect upon the elasticity of time, space, and perception. In varying ways, these artists explore multi-layered approaches to painting, from the use of screen-printing, templates, and overlapping transparencies, to combinations of broad strokes, evolving patterns, or precise detail. 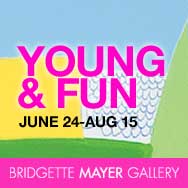 Our summer exhibition "Young & Fun: Abstraction" was reviewed by Lauren Findlay for artblog.

Gallery Artist Rebecca Rutstein was interviewed by Fresh Paint Magazine and featured as a Spotlight Artist in their 6th issue. 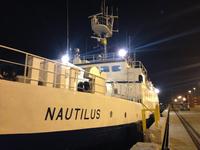 Rebecca Rutstein Selected to Explore the Ocean Aboard the Vessel Nautilus

Rebecca Rutstein, represented by the Bridgette Mayer Gallery, has been selected as a 2015 “Artist at Sea” Science Communication Fellow and will sail aboard Exploration Vessel (E/V) Nautilus during its 2015 expedition. Rutstein will join the Corps of Exploration aboard E/V Nautilus in July as they explore from the Galápagos Islands to the southern California coast, focusing on an area 1000 nm west of Colima, Mexico to international waters, where there are two sites of interest for seafloor mapping. 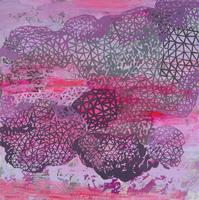 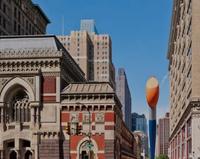 Rebecca Rutstein will share her experiences aboard the Nautilus as an "Artist at Sea" with students of PAFA's "Sculpture on the Edge" summer camp.

Gallery Artist Rebecca Rutstein sets sail aboard the Nautilus exploration vessel as an "Artist at Sea."

Rebecca Rutstein paints at sea aboard the Nautilus exploration vessel

Rebecca Rustein was selected as an "Artist At Sea" Science Communication Fellow where she was given the opportunity to travel aboard the Nautilus exploration vessel. Working alongside a team of scientists, she used their data mapping the ocean floor to create a new series of paintings.

Rebecca Rutstein interviewed by Newsworks about her Nautilus expedition 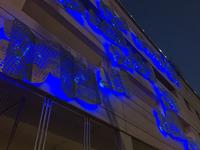 Bridgette Mayer Art Advisors is pleased to announce the completion of a 1% Art Project at Temple University’s LEED Certified parking garage on the corner of 11th and Montgomery Streets. 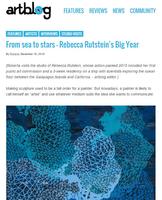 "From sea to stars - Rebecca Rutstein's Big Year" on artblog

Following the success of her trip aboard the Nautilus exploration vessel in July 2015, Philadelphia artist Rebecca Rutstein has been selected to travel aboard research vessel Falkor for her second “Artist-at-Sea” residency in June 2016.

The Bridgette Mayer Gallery is delighted to announce gallery artist Rebecca Rutstein’s distinguished award as the Delta Visiting Chair for Global Understanding from the University of Georgia as well as her upcoming solo exhibition, Out of the Darkness: Light in the depths of the Sea of Cortez at the Georgia Museum of Art. 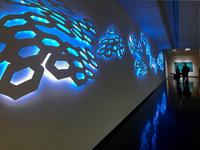 Rebecca Rutstein to speak at University of Georgia 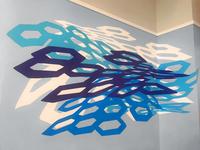 This commissioned mural by artist and Cynwyd alumna, Rebecca Rutstein, adorns the walls of Cynwyd Elementary School’s Library Makerspace. Synergy was inspired by Rutstein's ocean exploration and collaboration with scientists researching chemical and microbial processes in the deep sea. During the project, she gave talks and shared experiences about her deep-sea dives and the intersection of art and science with the students. Children in Grades K-5, along with several staff members, contributed to the creation of this mural. 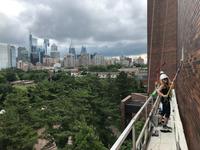 Rebecca Rutstein to create a 63 x 124-foot mural, “Convergence”, on the AT&T building along the Schuylkill River.

The Bridgette Mayer Gallery is pleased to announce gallery artist Rebecca Rutstein’s upcoming creation of a 63 x 100-foot mural, “Convergence”, that will adorn the walls of the AT&T building along the banks of the Schuylkill River.

Rutstein is partnering with Mural Arts Philadelphia, the Bridgette Mayer Gallery, and AT&T, in creating this large-scale mural. The mural will be seen from the Schuylkill River Trail and Banks Boardwalk, the Schuylkill Expressway, and beyond into West Philadelphia. 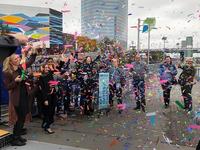 Rebecca Rutstein featured in South Philly Review, with the unveiling of her mural "Convergence" on the AT&T building

Whether strolling on the boardwalk, cruising down I-76 or racing in a kayak, passersby along the Schuylkill River at South Street will now be welcomed with a kaleidoscopic piece of public art.

Unfurled across three walls on the AT&T building, “Convergence,” a new mural unveiled last week, has been woven into the Schuylkill cityscape just beside the South Street Bridge.

The nearly 3-year-old project of Mural Arts Philadelphia was the vision of Philadelphia-based artist Rebecca Rutstein, whose array of mediums works to highlight facets of science and technology.

A few years ago, Rebecca Rutstein GFA’97 stood on the roof of Philadelphia’s fortress-like AT&T Building, a red-brick behemoth that rises seven stories above the east bank of the Schuylkill River, and surveyed her surroundings. The artist took in the gleaming glass towers of University City and Center City, the tangle of highways and bridges, and the Schuylkill’s gentle bends.

This summer the building’s river-facing blank brick façade became the canvas for a 7,800-square-foot diptych mural Rutstein titled Convergence. The first part, an orderly composition of vividly hued polygons (astute observers will spot echoes of the lime and raspberry tones that appear in nearby graffiti), is inspired by the offerings of fruits and flowers that are tossed into the river during Philadelphia’s African American Odunde street festival. The second part, all moody blues and grays, is an abstraction of the water currents and the criss-crossing roads.

Rebecca Rutstein always loved art as a child and wanted to be an artist when she grew up, but she didn’t believe it was an option until her father encouraged her to pursue her passions when she was applying to college. It was at Cornell University, where Rutstein earned an undergraduate degree in art, that she took a “rock for jocks” class to fulfill distribution requirements and fell in love with geology.