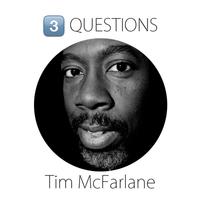 Gallery artist Tim McFarlane was interviewed on Your Daily Bread on Ello.

An interview with gallery artist Tim McFarlane was featured on 365 Artists 365 Days. 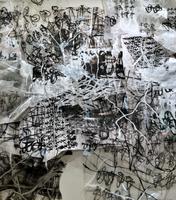 You Don't Know The Whole Thing is a new temporary, site--‐specific painting/drawing--‐based installation by Philadelphia--‐based painter, Tim McFarlane at Poggenpohl--‐Philadelphia, a German luxury kitchen design showroom located in Old City. You Don't Know… is centered on themes of memory and transmission of information and asks the viewer to interpret context and specific meanings for themselves. It is a piece that was partially inspired by McFarlane’s recent project at the Cherry Street Pier in April 2019, where he was able to make a large, 10 x12 foot work on panel on--‐site that was meant to be experienced for a limited amount of time. You Don’t Know The Whole Thing represents an offshoot of Tim’s studio practice that explores his interest in the temporary, chance and change in his paintings. He approached this project at Poggenpohl with the mind--‐set that this is a temporary piece whose parts will be used for other works once the show is concluded. 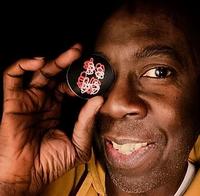 Gallery Artist Tim McFarlane was featured in the Vast Parlor Blog by Brian Aufdenberg, about his art career.

"When I first moved to Philadelphia in the autumn of 2004 I knew about three or four people who lived here. I was not adjusting well to be honest, and that was for a list to long to go over here. One of those reasons was being so new and not knowing where to start when it came to arts, culture, and food. One night, one of my regulars at the cafe I was working in invited me to come to an event they were promoting. Little did I know it would change my time in Philadelphia forever. Once there I met some pretty awesome people who shared a lot of the same interests as me. Add in that they were around my age, and not really associated at all with the social circles I was in and it was such a relief...."

Tim McFarlane's recent installation in the "Response Gallery" at the Delaware Contemporary is featured by the Broad Street Review!

"Here, uncurated, theme-free art was publicly created by local artists, community members, and museum visitors, who signed up for time slots (adhering to COVID-19 guidelines). Gallery walls are covered with white paper, and the visual contributions on them vary widely. Some are small sketches; others are bold, large, and graffiti-inspired. There’s an intricate, moving pen-and-ink mural titled “We are all connected” that covers an entire wall; artist Tim McFarlane created another resonant wall-sized work."

Gallery Artist Tim McFarlane was selected by the Brandywine Workshop, an organization dedicated to promoting excellence in printmaking and media, to create a special print project. The project, titled Tomorrow's Conversations, was a collaborative project with Master Printer Alexis Nutini, in creating a series of woodblock prints made with a digitally router.

Tim McFarlane is featured on Artblog

Gallery Artist Tim McFarlane is featured in an article about the group exhibition "All Night Party" at Towson University.

"Co-curators J. Susan Isaacs and Erin Lehman write an essay about their exhibition "All Night Party," which places contemporary works in conversation with 20th century party dresses, drawing similarities between America's political climate then and now. "All Night Party" is (virtually) on view through June 30, 2021 via Towson University's website." 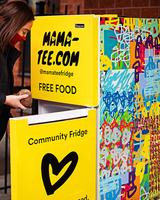 Gallery Artist Tim McFarlane is brightening up Philadelphia by designing artwork for a new community fridge located at On Lok House, which serves low-income seniors. This fridge is one of many recently installed around Philadelphia to provide increased access to fresh food in food-insecure neighborhoods and communities. 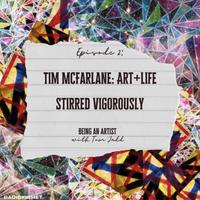 Tim McFarlane is a Guest on "Being An Artist" Podcast

Gallery Artist Tim McFarlane was featured as a guest on Being An Artist, a RADIOKISMET podcast hosted by fellow Philadelphia artist Tom Judd. The episode is titled “Tim McFarlane: Art & Life Stirred Vigorously” and aired on March 19, 2021. Tim shared stories and insights from the beginning of his art career, including his early artistic inspirations and role models, his time at Tyler School of Art, and his representation by Bridgette Mayer Gallery. Tim also discussed some of his recent projects and his recent career shift to becoming a full-time artist. The episode has a runtime of 56 minutes and can be found anywhere podcasts are available. 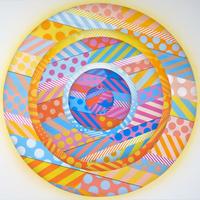 Bridgette Mayer Gallery Re-Opens to the Public in its Historic Washington Square Location at 709 Walnut Street with a Bold and Exciting Group Exhibition, Karmic Joy,Starting June 1, 2021.

Gallery Artist Tim McFarlane was interviewed by Streets Dept. about his latest mural, "Bound Together," at 10th and Callowhill in Philadelphia.

Celebrating Tim McFarlane: Mural Dedication of Bound Together and Artist Reception of Walk Sign is On

Celebrating Tim McFarlane: Mural Dedication of Bound Together and Artist Reception of Walk Sign is On

What a year, what a year. Welcome to Streets Dept’s annual list of the most-talked-about and most-engaging work created by artists throughout Philly’s public space!

First, a disclaimer: I’m using the term “street art” loosely here. What you’ll find on this list is a representation of this year through the eyes of this blog and you, our readers. That means you’ll find both large-scale and small-scale works of art on this list. Art that was commissioned (aka public art), as well as art that was not (aka street art). Art that responds to more universal experiences, as well as art that represents a more individualist expression. But all the artworks on this list were new and installed in Philly’s public space this year. 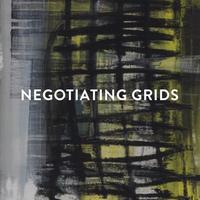 July 8, 2022 – Philadelphia, PA. The Bridgette Mayer Gallery is pleased to announce that work by Gallery Artist Tim McFarlane is featured in the group exhibition Negotiating Grids at the Pennsylvania Academy of the Fine Arts. Curated by Juan Omar Rodriguez, the exhibition will be on view from July 8, 2022 – January 1, 2023 in the Tuttleman Sculpture Gallery, Samuel M.V. Hamilton Building. 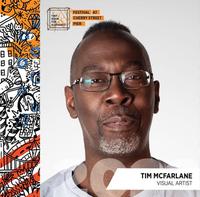 July 8, 2022 – Philadelphia, PA. Gallery Artist Tim McFarlane will participate in the 2022 iteration of the Philadelphia arts festival Tiny Room for Elephants. Tiny Room for Elephants Festival is a living art “gallery” that incorporates styles and mediums of 35+ visual artists and over 20 musicians throughout 30 days. Artists are invited to paint and install collectively in a public exhibition space, to a live soundtrack curated by local DJs and producers.

Philly, it’s time to get your butt down to Cherry Street Pier, because Tiny Room For Elephants 2022 is in full swing!

Since its inception in 2014, TRFE has grown from a small, underground art and music event into a large and spectacular festival—as well as an artist collective, agency, and creative consultancy. This year, 43 visual artists and dozens of DJs and music producers are participating, and each is bringing the huge energy and passion that we’ve come to expect from TRFE.